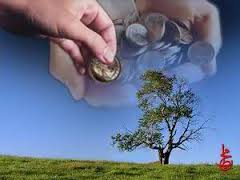 The spirit of fear is a constant presence in our lives, and it is not a pleasant place to be in life. When fear is in operation it brings along some other friends to intensify the work it has set out to accomplish so that when it would have been plausible to deal with it on it’s own, it takes a lot to fight when you are ganged up against by so much unseen forces.

But as a believer we have a lively hope which is built on no-one else or nothing less than Jesus our Savior, who did such a wonderful job when He took captivity captive several hundred years ago.

You see, they thought it would be a good idea to crucify this man who was not a man, but God personified in the flesh and nail Him to the cross so that the promise He was bringing to mankind would be crushed in its infancy.

He demonstrated by His obedience to His father and the agreement of the Spirit of God that nothing can beat the power of agreement. Togetherness will get the job done anytime and this is the promise from Christ today, that although we walk through the valley of the shadow of death, know that it is only a shadow and cannot do us any harm.

The spirits of torment, fear, afflictions, depression et al, might rise against us, but it is a guarantee that Jesus has already won the battle; won’t you claim your victory today as a privileged child of God?

Trivia: Scripture reveal that God was on a mount and was surrounded by a certain number of angels; what mount and how many angels surrounded Him?

All about Jesus....Love God and the things pertaining to Him. Love sitting at the feet of Jesus!
View all posts by vw1212 →
This entry was posted in Be inspired, Christianity and tagged Abba Father, paid in full. Bookmark the permalink.

1 Response to Claim your prize today….It’s already paid for……..

What's your thought on this? Cancel reply

“In every crowd are certain persons who seem just like the rest, yet they bear amazing messages.”

Writing Life One Word at a Time

The beautiful Caribbean island that capture the eyes and heart , nature is wonderful and memorable

a voice crying in the wilderness ....."Hear The Word Of The Lord"

My Heart is for Israel

My Goal Is to Introduce My Jewish Neighbors to Their Messiah and My Christian Neighbors to the Jewish Roots of Their Faith.

My Caldron
In Dianes Kitchen

Recipes showing step by step directions with pictures and a printable recipe card.

Grace, hope and Truth for each day.

Current end time events and news leading to the return of Jesus Christ!

Learning To Be Full Of Grace And Truth.

Behold Thy Handmaid
Tony A. Smith

The Light Breaks Through

Equipping the Next Generation for Transformation

I Sing Because I'm Free

musical musings of a daughter of the King

HarsH ReaLiTy
In the Zone